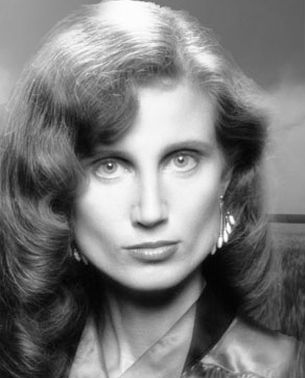 "Images of America: Fort Worth"

Fort Worth exudes a vivacious Western spirit founded upon a rich history. In 1849, four years after the Republic of Texas became the 28th state, the Army built a fort to keep native tribes west of the Trinity. That fort grew into a focal stop on the Chisholm Trail and later became the western terminus of the railroad. In World War I, Fort Worth housed one Army and three aircraft training bases, while Fort Worth Stockyards, which became one of the largest in the nation, provided multitudes of horses and mules. From pianos on dirt floors to the Van Cliburn Competition, from the earliest portraits by itinerant French artists to world-class art museums, Fort Worth has always been home to high culture. Groups such as the Woman's Wednesday Club made sure art and libraries stood in the old fort town once more famous for its saloons. No matter the era, and no matter the many reasons, Fort Worth will always be "where the West begins."

Dr. Dawn Youngblood is Director of Historic Preservation and Archives for Tarrant County in Fort Worth, Texas. The award-winning archives holds many treasures and secrets preserved from the old West past of the region. She is author of two books: The SMS Ranch and Images of America: Fort Worth, which will be available in the fall.

Dawn grew up in San Antonio, where she attended the Alamo Heights Schools and developed a passion for history. She obtained a degree in Journalism from the University of Texas at Austin, where she met and married her husband, Fort Worth attorney Edwin Johnston Youngblood. They have lived in Fort Worth since 1982 and have two grown children, Christian and Eden.

Following a career in publishing – having worked as a Senior Editor for Harcourt Brace, and Publications Director for Freese and Nichols – Dawn returned to graduate school. She obtained a PhD in Anthropology from Southern Methodist University in 2003 and worked full time at SMU as a curator and professor. 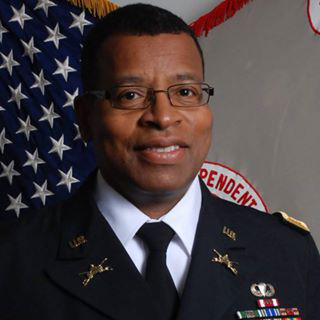 "Texas Frontier Forts: Into the West"

FWISD cadets enrolled in Honors U.S. Military History and selected JROTC instructors will share with members of the Fort Worth Westerners their remarkable personal experiences visiting Fort Concho and Fort Davis, Texas. Cadets will share their insights on how environments, industries, geography, and culture of the frontier influenced the development of the southwestern United States. This staff ride afforded cadets an active engagement and a meaningful connection to Texas frontier fort history, challenging cadets to reflect critically on the causes and consequences of westward expansion and the U. S. military's role in the process.

Lieutenant Colonel Crossley became the FWISD JROTC Director of Army Instruction (DAI) in July 2011. Under his leadership, FWISD JROTC was the first program in the nation to teach an Honors U.S. Military History Course, increased scholarships and appointments to our military Service Academies and assumed operational control of FWISD Outdoor Learning Center (OLC-LLC). He has served as the Senior Army Instructor and JROTC Department Chair since August 2000 at North Side High School, Fort Worth, Texas. He has served on the Campus Coordinating Committee (CCC), the Site Based Decision Making Committee (SBDMC), the Literacy Team, and service on the High School Redesign Leadership and Management Team at North Side High School.

"Colonel Bowie's Knife—The History of a Legend Forged in Steel"

Like the man who wielded it with such deadly effect on a Mississippi sandbar, the Bowie knife is enshrouded in far more romantic mythology than in documented fact. Who really made it? What did it look like? These and other questions have puzzled historians since before the fall of the Alamo.

In both his writings and his "living history" presentations, J. R. Edmondson views himself in the role of historian as storyteller. The retired history teacher has authored several books and over fifty magazine articles, most on aspects of Texas history. His book, The Alamo Story--from Early History to Current Conflicts, has been praised by reviewers as the "best" and "most readable" of all historical accounts devoted to the Texas shrine. Edmondson was a featured author at the 2000 Texas Book Festival and a member of C-Span's "Ultimate Alamo Panel," where his book was described as the "new standard on the Alamo." In 2010, the Alamo Studies Forum selected The Alamo Story as #1 of the "Five Essential Alamo Books." Nearly a decade later, in a list of "must read" books compiled by more than 600 members of the Alamo Society, The Alamo Story again fell into the #1 slot.

A native Texan, Edmondson graduated from Fort Worth Country Day School. He received his B. S. from the University of Texas at Austin and his M. S. from Texas Christian University. In appreciation for his contributions to Texas history, Edmondson was elected an honorary member of the Sons of the Republic of Texas, and Governor Rick Perry commissioned him an Admiral in the Texas Navy. Edmondson currently serves on the Tarrant County Historical Commission. He also is on the board of directors for the Texas Trail of Fame, the Friends of the Fort Worth Herd, and Log Cabin Village. Edmondson resides in Fort Worth, Texas, with his wife, Susan, and their two dogs and three horses.