The Corral meets the third Tuesday each month at 7 PM online via Zoom for a one-hour history presentation.

Topics include local, Texas, and Western history.
Speakers are members, local historians, and university professors.
Visitors are welcome.
If you would like to visit and need the Zoom login information, please use the contact form to request it.

Corral annual membership dues of $20/single and $30/couple are based on the calendar year and include the annual dues payable to our parent organization, Westerners International. Pay your dues online or by mailing us a check. We are a 501(c)(3) nonprofit organization and all contributions are tax-deductible to the full extent allowed by law.

The Fort Worth Westerners Corral was founded in 1965 and is the oldest of the eight active Corrals in Texas. Like the Westerners International organization, membership is open to anyone interested in Western history.

Bob Saul
Fort Worth Westerners' Sheriff
(does what a president does)

Phillip Williams
Fort Worth Westerners' Representative
(works as the representative for contacts with other Corrals, Posses, and the Home Ranch.) 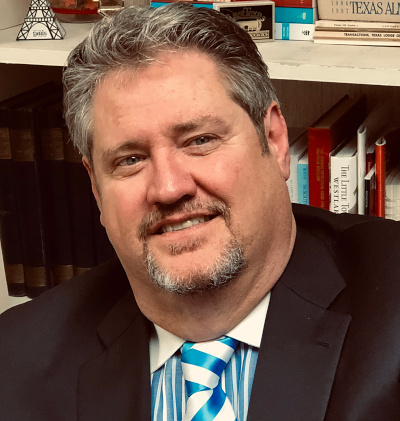 The Mallet Ranch, from its founding to the present, has followed the arc of most Texas ranches. It was an open-range operation that then transformed into one running blooded-stock—Herefords in this case—but also stocked its acres with sheep, divided it into farmland, and then the extraction of petroleum helped to save the operation and enrich the DeVitt family. It experienced booms and busts, fretted over droughts and floods, as well as fights in courtrooms. The Mallet then progressed to a modern corporation managed by a board of directors, and despite hardships that may have outnumbered the successes, perseveres through today. In other words, it is the story of a Texas ranch.

However, it is more than a ranch story. It is the story of a family that is both unique and conventional among Texas stock raisers. David M. DeVitt, like many before him, was not "born" to be a Texas cattleman. DeVitt began his career as a reporter in Brooklyn, New York of all places and decided to leave that behind to try his luck on the ranges of West Texas, a career move that must have seemed curious to his friends back in the Empire State. His first efforts—in the arid lands of the Permian Basin—were more hit than miss—so he moved his operations north into a region that had until recently before supported bison but was in its nascent stages of stocking cattle. He had to transition from open range to fenced pastures and once again faced adversities that rivaled attainment. Still he persisted.

Perhaps David DeVitt was just stubborn. If so, he certainly passed such a trait to his two daughters. Although Christine and Helen were raised in Fort Worth and spent a good part of their young adult lives in California, both must have learned the lesson that the land—and the Mallet Ranch—were part of their soul. When David DeVitt died in 1934 the Mallet Land and Cattle Company Board of Directors planned to sell the ranch and exit the cattle business on the South Plains, but they ran into an immovable object in such a strategy: Christine DeVitt. Her mother, Florence, along with Christine and Helen, had inherited David DeVitt's majority share of the Mallet operation. Florence and David had endured a difficult marriage and as a result she had spent the better part of the last two decades before her husband's death in California and thus had taken little interest in the business her husband operated in West Texas. The company's board believed there would be little opposition to their plans of liquidation, but they had not anticipated Christine's tenacity. She urged her mother and sister to keep their holdings and thus together they could control the board and its actions. Furthermore, Christine took on her father's role in operating the stock and farm operations of the ranch and vowed to continue to support the family as the then Great Depression ravaged profits of the isolated ranch on the semi-arid plains of northwest Texas. It would not be an easy venture for Miss DeVitt; she would have to endure almost constant opposition from her business partners, doubt from her mother and sister about such a direction, and years of a legal fight against her associates. In the end, Christine's resolve won out, and the Mallet Ranch stayed intact and Christine DeVitt became the operational force.

Fate often determines more in the direction of human endeavors than most realize. Such was the case with the Mallet. When David M. DeVitt established the Mallet Ranch he had no way of knowing the riches the land held beneath its bedrock. Christine DeVitt, when she and her sister were fighting for control of their inheritance, likely had no clue of those same potential fortunes. The Mallet Ranch was not the only historic Texas ranch that the discovery of oil and gas beneath its surface saved, but it is one of the most spectacular examples. Despite Christine DeVitt's insistence on continuing to operate the Mallet as her father had done before her, the ravages of the Great Depression, the vagaries of the cattle industry, and the capricious climatological challenges of agricultural pursuits in such an environment may have very well ended the operation or force Christine and the board of directors to divide it into sections to sell, a fate that had befallen numerous stock operations in Texas during the period. The Mallet found a savior underneath the harsh lands on which they had scattered cattle. The discovery of oil in 1938 on the ranch and the subsequent drilling of more than a thousand oil wells over the next few decades transformed the Mallet from a struggling enterprise into one of the most profitable of such entities in the nation.

Scott Sosebee is a tried-and-true West Texan. He was born in Abilene, grew up in San Angelo, graduated from high school in Midland, and then went off to college at Texas Tech University. At Tech he earned his BA, MA, and Ph.D. degrees and then took a position at Stephen F. Austin State University in Nacogdoches. He is a Professor of History at SFA, where he is also the Executive Director of the East Texas Historical Association and the Executive Editor of the East Texas Historical Journal. He teaches undergraduate and graduate courses in Texas and Southern history at SFA, as well as the undergraduate history methodology course and a "Research, Writing, and Editing" graduate class. In addition to his faculty duties he is an active historian who is the author and/or editor of five books. His latest works, published in the last two years, are Henry C. 'Hank' Smith and the Cross B: The First Operation on the South Plains (Nancy and Ted Paup Ranching Heritage Series, Texas A&M Press, 2021), What Is It About Texas?: Essays on the Lone Star State(Stephen F. Austin State University Press, 2021), and More Than Running Cattle: The Mallet Ranch of the South Plains (The Grover Murray Studies in the Southwest Series, Texas Tech University Press, 2022). He is also the co-editor (with Paul H. Carlson) of the Nancy and Ted Paup Ranching Heritage Series with Texas A&M Press. He and his wife, Leslie Daniel, live in Nacogdoches.